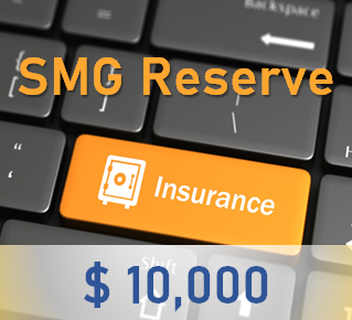 HYIP and Bitcoin – a working synergy

Have you ever wondered why it is possible to invest with crypto currencies in all HYIPs? Find out if it is convenient to use crypto to invest or if it is better to choose to use dollars!

Bitcoin is today the main currency in which people invest in HYIPs.

Since the end of 2014, the main suppliers of HYIP Script, GoldCoders and H-Script, have implemented drivers to use BTC into HYIP and, since then, began the turn for the Bitcoin in the HYIP world and now don’t exist HYIP that does not accept Bitcoin as payment system.

In addition, Admins are developing many BTC-Only Programs.

For those who are not familiar with this e-currency, here is a brief explanation as to why this success: people commonly think Bitcoin as a new currency, but, in reality, it’s much more. The true revolutionary nature of Bitcoin consists of countless potential applications and, in the field of HYIP Industry could get to replace traditional payment services such as PerfectMoney, Payeer or Payza.

Traditional payment systems are managed by private or investment funds, they are buikd constitutionally to make profit. Bitcoin is different, it’s managed and supported by all the participants as decentralized peer-to-peer. It sounds a complicated thing, and for this reason many people still using processors for their payments, but the proportion of BTC users is increasing gradually.

This is also doing by many user-friendly apps based on Bitcoin protocol technology, as trading platforms, which allow us to easily exchange “flat-money” in BTC and vice–versa, offering, in this way, possible additional margins gain. Most careful investors are able to “seize the moment“ selling and buying BTC exploiting the high fluctuations of e-currencies.

There are still small problems: Bitcoin transactions are not instantaneous, they can take from 15 minutes up to 2 hours for confirmations. Another point to remember is the lack of support: the Bitcoin system is safe, but the responsibility for wallet security is totally attributable to the owner.

What are the Bitcoin advantages over other payment methods?

Almost … the only real drawback of Bitcoin is its fluctuation rate. When we have stability we did not feel effects, but when BTC increases or decreases sharply in value compared to traditional currencies, this fluctuation may affect each HYIP program causing faster coming to the end.

If the Admin is increasing the deposit overall value, due to the BTC growth, it will be no available to give back deposits with interest, converting, for example, BTC in dollars.

This consideration is not applied to the “BTC-Only Programs”, they just have BTC, so far from currency fluctuation problems.

We believe that it is mainly for this reason that often the longest-lived HYIP are BTC-Only, in particular with the declinations “Piggy Bank” and “Coin Generators”.

Bitcoin is definitely the simplest and most immediate payement transaction on-line, This happened historically to gambling, but in reality, HYIPS are similar gambling and, from this point of view, there is no doubt that Bitcoin HYIP and are totally synergistic.

All banners and links here are advertisements only. We do not endorse or vouch for any advertisers. Some programs may be illegal depending on your country's laws. Paying status and others status is just for our monitor. We don't give practice, all investments decisions are up to you. Please bear in mind that all HYIPs and Autosurfs investments presuppose high risks.You've been warned about the hazards .We don't incur a liability for the money you may lose on any site listing here. We don't recommend you spend what you cannot afford to lose.

Copyright © 2021 SmartMonitor.Guru | Made with for Investors by Investors